Do you like to bet? Check out the latest odds for Philadelphia getting the new Amazon headquarters. Regardless of the odds, we still think that Philadelphia Delivers!

From the Philadelphia Business Journal:

Philadelphia’s odds of landing Amazon’s second headquarters improved in the last two-and-a-half months, but it still looks like a long shot, according to Irish betting site PaddyPower. 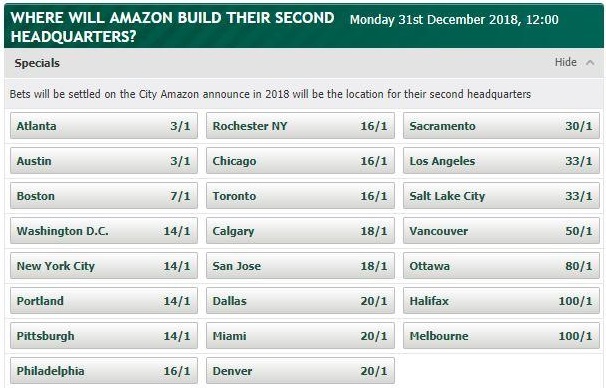 A Jan. 2 story from Fortune notes that, “When cities submitted their bids in late October, Fortune turned to a popular betting site to see which of the more than 200 candidates had the early edge. Fast forward to the new year, and the initial favorite—Atlanta—is still at the top of the list, but its chances have declined from 2/1 to 3/1 and it now shares the perch with southern rival, Austin, Tex.”