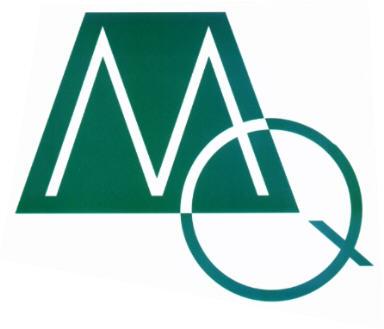 In 1888, William Murphy, the son of a carpenter, started a contracting business specializing in commercial alterations and additions in center city Philadelphia. The company prospered and in the early twentieth century, William was joined by his son, Wynne. After World War I ended, Wynne Murphy returned to the business, accompanied by his colleague Robert Quigley. The two eventually assumed joint ownership and management and in the early twenties, they changed the name to Murphy Quigley Company. The venture was extremely successful, growing in the twenties and thirties into one of the largest building contractors in the Delaware Valley. Some noteworthy accomplishments during that period included the Drake Hotel, Brown Brothers Harriman, Holy Child Church, Notre Dame Academy, and the multi-storied UGI Building. During World War II, the firm contributed to the war effort by building several facilities at the Philadelphia Navy Yard in addition to numerous government housing projects.

At  the  end of  World War II,  The  Master  Carpenter  and  Builder’s  Company  was the name of the local  chapter  of  The  Associated  General  Contractors  of  America.   Two  leading  members  at  that time,  H. C. Turner  and  Wynne  Murphy,  thought  that a  new  name would better describe the organization’s membership and function. The name they decided on was The General Building Contractors Association (GBCA). Wynne Murphy served as president from 1946 until his death in 1948. Robert Quigley passed away three years later and shortly thereafter Robert Quigley II joined the firm.

In 1967, Robert II took the reins and the company began servicing clients nationally. Large housing projects in the northeast and construction management agreements with the United States Postal Service and ITT took them as far west as Omaha, Nebraska and as far south as New Orleans, Louisiana. General Electric Aerospace is one relationship that has been continuous since the sixties. In fact, G.E. Aerospace considered Murphy Quigley their largest vendor during the eighties. A true visionary, Robert II recognized the market’s need for a commercial renovation specialist. By the early seventies, Murphy, Quigley was the premier interior alterations and renovations company long before the industry had adopted the term “special projects”. One of the company’s proudest achievements was the selection by the National Park Service of Murphy Quigley Company to restore the Assembly Room in Independence Hall to its original condition.

In 1978, Thomas Quigley, representing the third generation came on board, followed nine years later by his younger brother, William Quigley. Thomas became president in 1991 upon the retirement of Robert II. Two years later, William became vice president. Under the management of Thomas and William, creating and maintaining relationships has continued to be the company’s foundation. Establishing and renewing Construction Management agreements with large portfolio clients, offers proof of Murphy Quigley’s fiduciary commitment to its customers.

The company, now headquartered in Bala Cynwyd, PA, boasts over one hundred and twenty-five years of experience in its estimating department. The entire staff of project managers, estimators, administrative assistants, superintendents, carpenters, and apprentices represents a true team committed to carrying on this remarkable legacy.