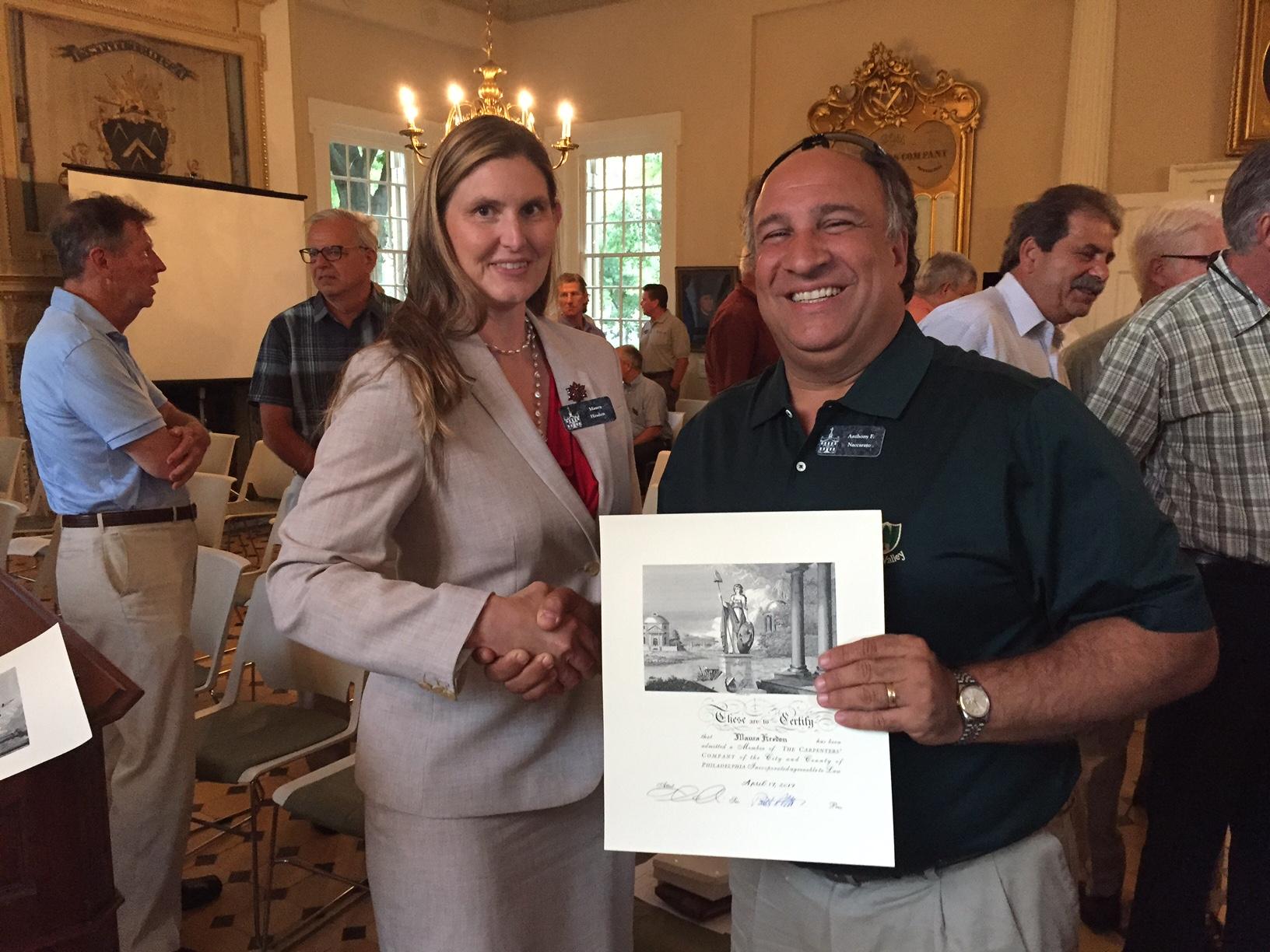 Maura Hesdon, General Manager for Shoemaker Construction Co., a Butz Family Company, was recently accepted into The Carpenters’ Company of the City and County of Philadelphia. Maura was proposed for membership in the Company, and was endorsed by two additional members. The entire membership then elected to vote her into the organization. Since 1724, there have been just over nine hundred members in its almost three centuries of existence.

The Carpenters’ Company is the oldest surviving craft guild in the United States. It was created in 1724, and is now a professional organization. The Carpenters’ Company remains an active and influential organization. In addition to preserving and maintaining Carpenters’ Hall, the Company serves as an important cooperation amongst many of Philadelphia’s most successful architects, structural engineers, and builders. The company has been headquartered in the historic Carpenters’ Hall since the Company built it in 1773.

Maura has eighteen years of experience in the construction management industry, all of which have been with Shoemaker. Along with being the co-founder of Mentoring a Girl in Construction (MAGIC) Philadelphia, she served on the National Board of Directors for the National Association of Women in Construction (NAWIC) and is a past President of the NAWIC Philadelphia Chapter.  Maura is active with several committees serving both the General Building Contractors’ Association and the Associated General Contractors of America.

As a member of The Carpenters’ Company, Maura will help to mentor young members of the construction industry into our future leaders.

The Carpenters’ Company today remains true to the spirit of its founders. It continues to support a broad range of charitable and educational activities, and to encourage and promote the highest standards of woodworking craftsmanship.

“Our reputation as one of the highest quality, professionally-staffed construction management firms nationally is constantly growing, and Maura’s election to The Carpenters’ Company confirms the value of her reputation in the Philadelphia market,” says Greg L. Butz, President, and CEO of the Butz Family of Companies.