GBCA Gives Back to Camp Out for Hunger and Philabundance

GBCA’s Construction Leadership Council is once again giving back and participating in Preston & Steve 93.3 WMMR Camp Out for Hunger!

This year, the CLC is donating 42 tons of fresh produce donated to Philabundance, doubling last year’s donation! GBCA is also sponsoring the “Demolish Hunger” Donation Tent for the second year in a row. Look for the signs and stickers pictured above at the Xfinity Camp Out site!

GBCA will be interviewed live on the Preston & Steve show: Listen in on Tuesday, November 27! Our CLC will also be at Xfinity Live! that morning and will help Preston and Steven put on a spectacular stunt!

We encourage you to swing by during the week of November 26 – November 30 to make your own donation and check out the GBCA tent. 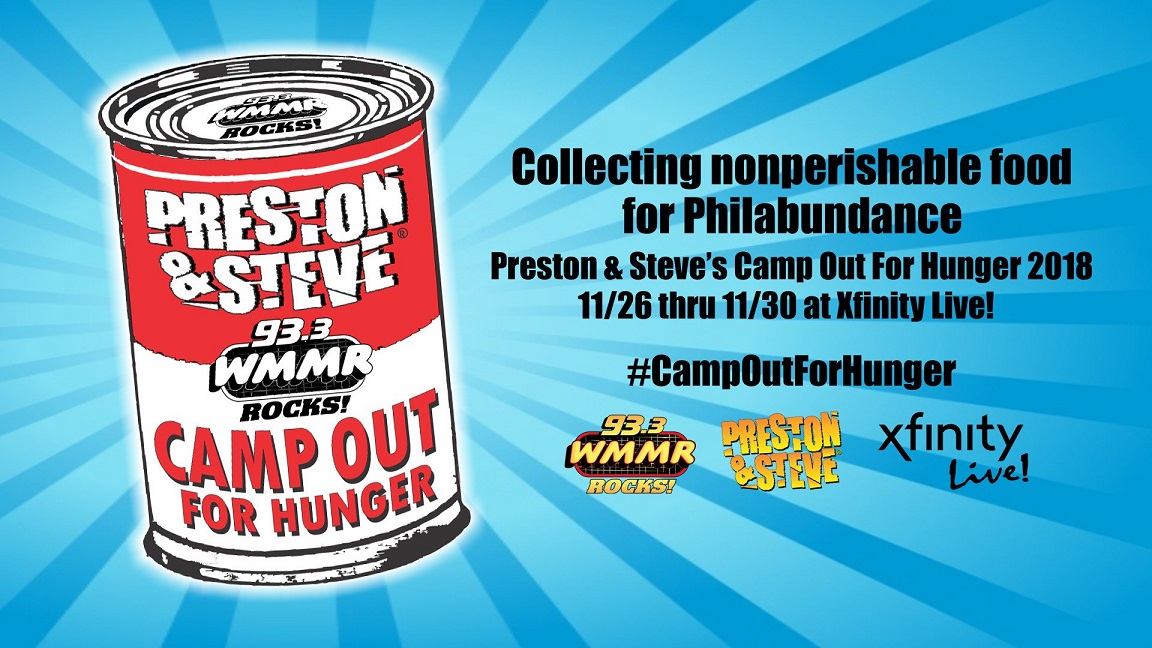 About Preston & Steve’s Camp Out for Hunger

Preston & Steve started “camping out” in 1998 in the parking lot of the former Adam’s Mark Hotel on City Avenue to collect food and give back to the community. That event raised 1 ton of food. 20 years later, it is the largest single-location food drive in the U.S! In 2017, fans and partners donated over 1.6 million pounds of food, providing more than one million meals!