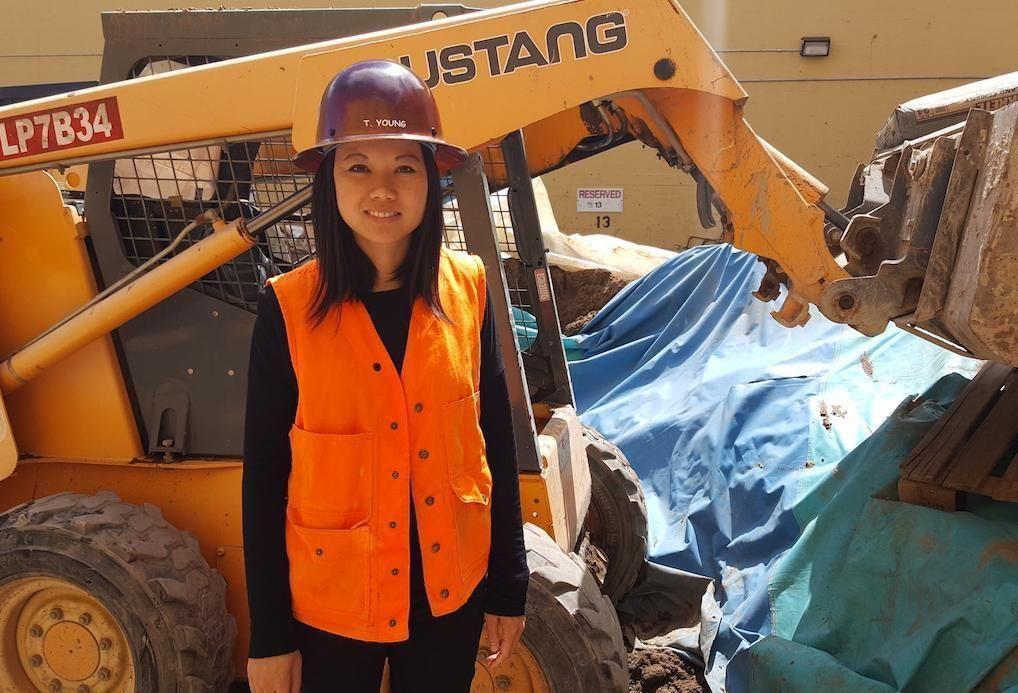 PlanGrid CEO Tracy Young was recently identified and featured by Bisnow as one of commercial real estate’s next market leaders. PlanGrid is a GBCA member; Josh Progar is the Customer Success Manager for the Philadelphia region.

When Bay Area native Tracy Young was in her late 20s, she discovered a glaring problem in construction. While working on a Kaiser hospital in Northern California, the then-project engineer lugged around 50 pounds of paper in a cart doing quality control inspections and recording findings.

More than six years later, the 33-year-old PlanGrid CEO has built one of the largest construction tech companies in the industry. Its software has been used on over 1 million projects around the world. She started the company with PlanGrid Chief Technology Officer and co-founder Ralph Gootee in 2012 when construction tech was in its infancy. Existing building software was only available on desktops and required staff to drive back to the office to record findings, she said.

Blueprints and drawings are imperfect and often lead to buildings having many different versions of the same element, resulting in stacks of plans, Young said. She didn’t understand why Apple’s new iPads weren’t being used to view blueprints. Gootee said he thought the simplest solution was to just take PDFs of the blueprints and upload them to the iPads, but the documents were so large and complex, it crashed the iPads.

The company ended up creating software that can read the blueprints and machine-learn aspects of the plans. Whenever there is an updated or new version, the plans are digitally stacked and specifically marked so viewers know which version they are viewing. Using Google search, staff members can look for specific items like fire extinguishers across all the blueprints to find out where they are.

PlanGrid continues to find ways to improve the construction industry, and has a queue of thousands of future project requests from customers.

“We’ve only scratched the surface of what we can do for the industry,” Young said.