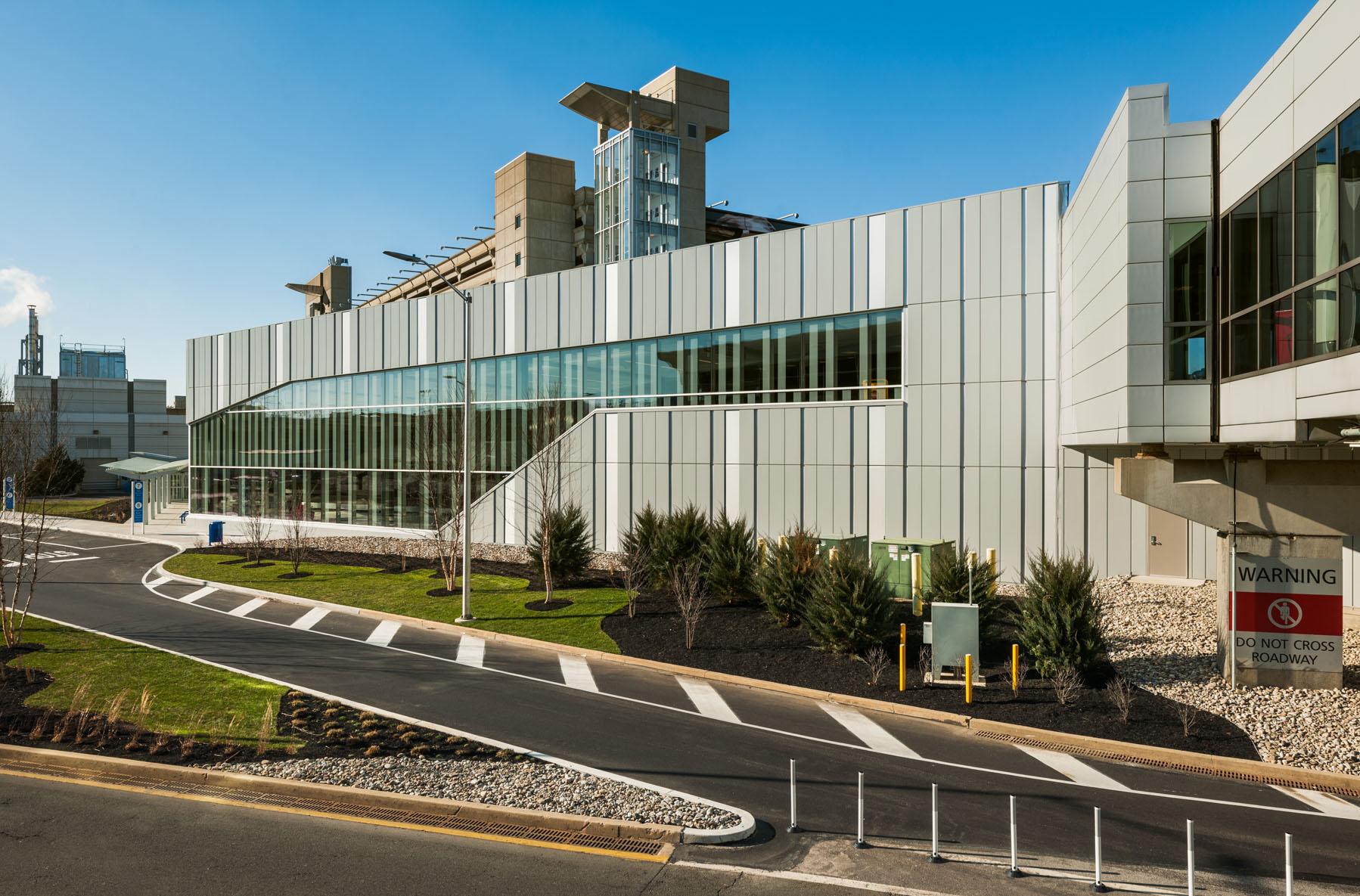 The new facility enables American Airlines to achieve its goals of increasing capacity and improving the passenger experience at one of its primary east coast hubs. Designed by Sheward Partnership, Skanska built a new 40,500 SF state-of-the-art baggage claim facility as well as a 40,000 SF renovation of the existing Terminal F ticketing building and Terminal E-F connector. Additionally, the inbound baggage claim process was transferred out of the existing Terminal F ticketing building.

The new building is now located across from the main Terminal F building and can be accessed by an indoor 400-foot pedestrian bridge, which connects the two buildings. The project included the erection of a 91,000-pound, 100-foot-long baggage handling conveyor bridge over the main airport departure road, which was prefabricated and lifted into place in one night with minimal disruption to the airport.

The expansion also included realignment of the commercial road to create pull-off lanes at the new Terminal F baggage claim for easier departure. This new process will enhance the flow of travelers and improve the safety of their route to the arrivals area and ground transportation.

The new renovations permit passengers to circulate between Terminal F and the other terminals without leaving the secure area, which was previously only accomplished by shuttle bus.

“We are proud to add another LEED certified aviation project to our list of sustainable work and accomplishments,” said Skanska USA Executive Vice President and General Manager Ed Szwarc. “Working with The Sheward Partnership we were able to recycle 75% of construction and demolition debris, utilize salvaged, refurbished and recycled materials in construction and regionally source building materials to not only help the environment but also support regional businesses.”