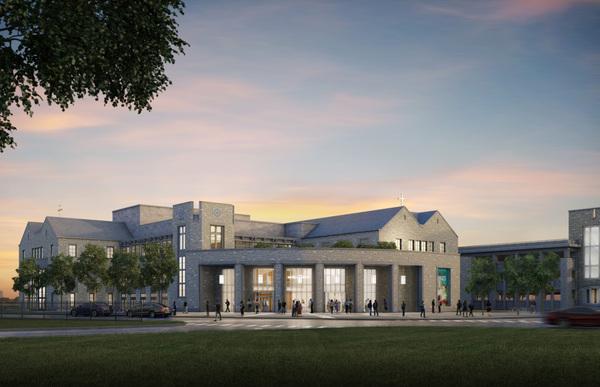 A groundbreaking ceremony was held on January 25, 2018 for Villanova University’s new $60 million performing arts center. GBCA member LF Driscoll is the general contractor for the project.

The project will have two main performance spaces (a 400-seat proscenium-style theatre and a 200-seat courtyard theatre), classrooms, rehearsal space, performance labs, a dance studio and box office. The center is being funded entirely through donations and the school has received six gifts of $1 million or more – including two gifts of $20 million that will go toward its development.