The Pennsylvania State Police will move into its brand new 18,000 square foot crime lab in Middletown Township in September, 2020. The project, built by Target Building Construction (TBC), stayed active during COVID-19 response, which impacted everything from figuring out safety protocols and getting PPE, to managing the workforce and subcontractors.

TBC’s Superintendent, Brian Forney, and Senior Project Manager, Ryan Pekarsky, spoke with The Delaware County Daily Times about the project. The building started with concrete foundations followed by a pre-engineered steel building with CMU split face/stone veneer façade and a standing seam metal roof. When completed, the Crime Lab will include a state of the art Forensics and Processing laboratories as well as individualized Patrol and Crime areas, a secure communications room which defines the stations logistics and functionality, a Sally Port Garage to ensure the safety and transportation of all suspects, and an exercise fitness center for all officers.

From The Delaware County Daily Times:

Even still, Pekarsky said the guidance continues to change.

“It’s still evolving,” he said. “Just Monday or Tuesday, we got another email from the (General Building Contractors Association) that there’s more rules being put in place.”

The rules hampered progress for a bit, as workers learned to adjust. …

In addition, everyone that came onto the site was required to sign in, to make contact tracing easier, should they have needed it. Forney said Target also created their own plan that included the requirements from the federal government and the township – and all 22 contractors had to sign off on it. 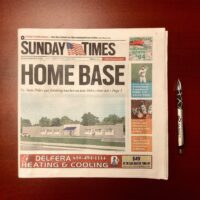 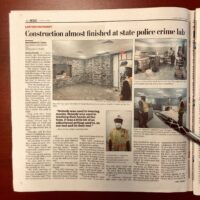 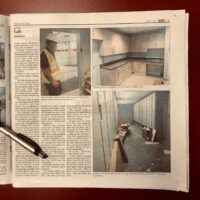