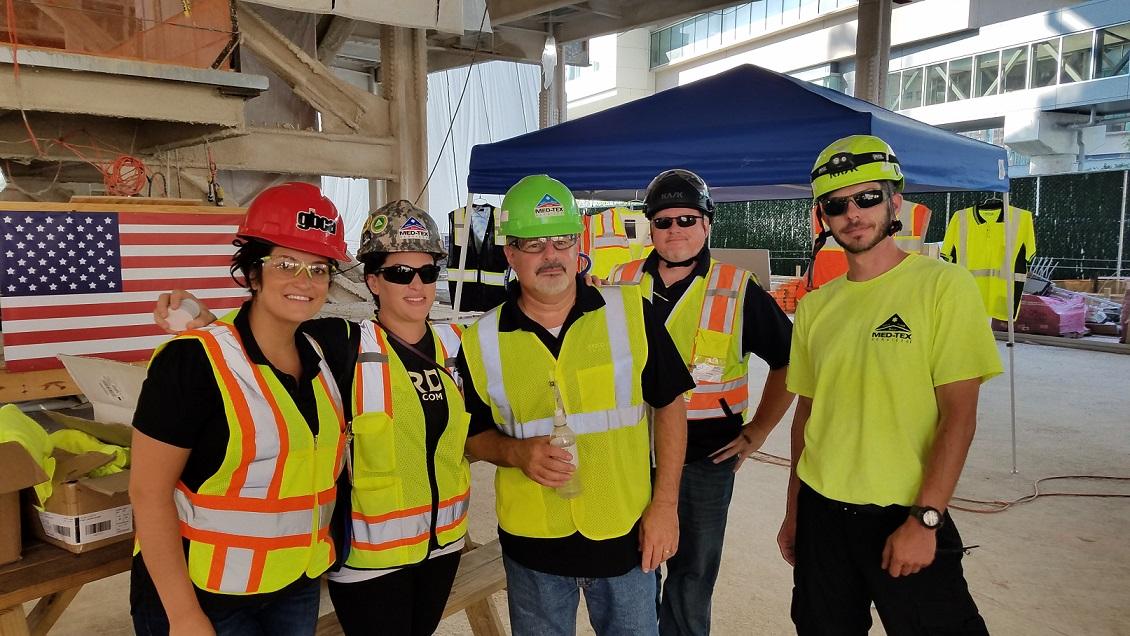 They distributed over 250 bottles of water and new high-visibility t-shirts to job site crew workers. Med-Tex Services also did a brief demonstration of its equipment and methods for doing rescues in confined spaces, as well as safety rules for doing work in confined spaces.

Recently, LF Driscoll reaffirmed its dedication to safety through its Safety 360 Program during Safety Month at the PennFIRST site.