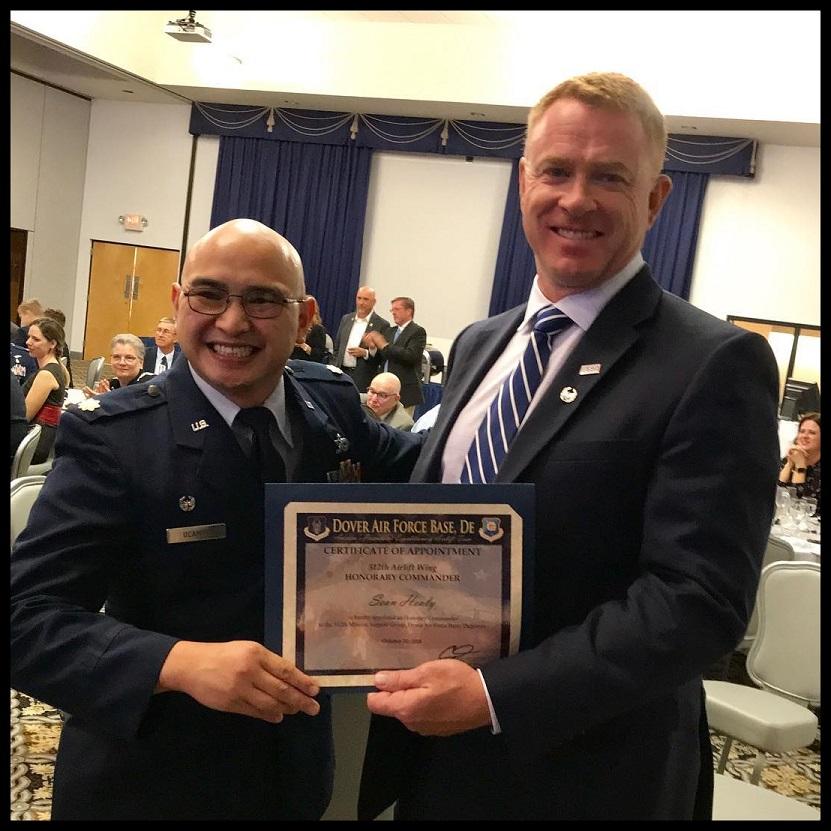 Sean Healy was among 40 community leaders inducted as an “honorary” commander at Dover Air Force Base, Del., on October 20, 2018. Sean is Vice President of Healy Long & Jevin, and sits on GBCA’s Government Affairs Committee and Membership Committee.

The U.S. Air Force Honorary Commander program immerses community leaders in Air Force culture: its missions, customs and traditions. The program at Dover Air Force Base presents an opportunity for community leaders to learn about Team Dover’s daily operations and share their experiences with the Airmen stationed at Dover AFB, and conversely, for commanders and their units to interact with the Delaware community. The Dover AFB Honorary Commander program began in 1992.

“I am humbled and honored to serve as an Honorary Commander for the 512th Airlift Wing” says Mr. Healy. “I have been an active member of the USO Delaware serving on their Council in Dover for the last 3 years. I wanted to do more and the Honorary Commander position will give me the chance to see and do more with our service members. The Dover Airforce Base does great things for our state, country and the world.”